As a Chinese Malaysian, there is no Rocket or Keadilan contesting in my constituency, only a direct clash between UMNO and PAS. Now, I'm officially announcing it here - in the next GE, I will vote for PAS!

Looking at the MCA leaders attacking Islamic hudud laws during their annual general assembly on the pretext that they are protecting Malaysian multi-culturalism, I wish to say, MCA, go to hell!

As a Chinese in Malaysia, now I wish to tell MCA, in the next general election, I will vote for PAS! I don't want to entertain you anymore!

Don't tell me that by forming an Islamic country, hands and feet will be chopped off. Malaysia under your rule and Umno - even Teoh Beng Hock can fall from a building! Cops can shoot as they please! Not to mention the ones that died in custody! Before our hands and feet are chopped off by PAS, we might die abused by you - the authorities!

MCA, a pathetic party, tarnishing PAS in the papers everyday.

Do you know, PAS allocates land to 'support' Chinese secondary schools in Kelantan.

In Perak, the same thing happened when a PAS leader was the Menteri Besar. @#@ MCA, you've been the government for many years, but failed to institutionalize allocations for Chinese schools, and now you're telling us not to vote for PAS, crazy!

@#@, MCA you are a huge party but in your general assembly, the time was used to attack Islamic idealism, but at the same time you quietly bow to Umno's narrow racist mind, what kind of a pathetic party is this? A pathetic party that cannot be saved!

When Umno attacked, saying Chinese are "immigrants", telling us to go back to Tongsan, it was PAS who came forward to defend us!

When Umno prohibits non-Muslims from using the word Allah, it was PAS who came forward to defend non-Muslims' rights!

When Umno prohibits non-Muslims from entering mosques and suraus, it was PAS who came forward to oppose Umno!

When the pro-Umno Perkasa attacked Pakatan Rakyat for betraying the Malays, it was PAS who came forward to stop them!

@#@, what are you doing, MCA? Only capable of saying Umno should not be like this, like that.

If you are really great, why is is that the Chinese are still second class citizens?

If you really do have a backbone, the get out of Barisan Nasional, stupid!

My anger is raging. For so long you've taken money, one PKFZ project you took RM12.5 billion, one Facebook you took RM1.8 million, and the other ones? You took the people's money!

PAS? Have you heard of PAS taking bribes?

PAS is known for its honesty, 20 years of ruling Kelantan, not one corruption case, the Menteri Besar is still living in a 'kampung' house, eats nasi lemak! You guys simply say if you win you'll eat lobster, and you still want us to vote for you?"

MCA, get lost! When the Prime Minister announced he will abolish ISA because of pressure from the people, like a dog, you immediately agreed! @#@, for so long you've been supporting that draconian act, and now you've changed in a blink of an eye? You think the people are stupid?

For so long, PAS led the people to fight, either in the anti-ISA rally, Bersih 1.0 or Bersih 2.0, PAS is always in the front-line to fight against tyranny - facing tear gas, and water canons!

On 9 July, Umno attacked us for rallying on the streets.

At a critical moment, Unit Amal PAS made way, and said "Let the Chinese out first, we protect them!" @#@, where were you MCA?

Where did you hide at the time?

Now you're telling us not to vote for PAS, to hell with you!

Have you ever thought of yourselves as the government?

If you yourselves can't do it, then switch! Stupid!

The best thing is, Liow Tiong Lai, challenged DAP to get out of Pakatan Rakyat.

When Islamic law was passed in Kelantan and Terengganu, Umno state assemblymen supported by raising both of their hands.

Not one vote was given by DAP.

Why don't you lead MCA to get out of Barisan Nasional?

PAS wants to implement hudud Laws, this is the party's ultimate goal. It is like the Progressive Democratic Party in Taiwan who fought for independence, which surely won't happen, because it is not allowed in the political reality.

Furthermore, PAS is cooperating with the other two party components in Pakatan Rakyat, who will surely govern based on the Orange Book - not just the ultimate goal of PAS or DAP.

Maybe some will ask, what about Kelantan?

I would like to ask them, even if it is implemented in Kelantan, what's the fuss?

If you're not a Muslim, what has it got anything to do with you?

Furthermore, you should wait until PAS wins two-thirds majority to amend the constitution.

For now, the government has yet to be even changed.

Now with the amount of phantom voters, it would difficult for Pakatan Rakyat to win one third of the seats!

Still a lot of Chinese are saying, we'll die if the Pakatan Rakyat gets two-thirds majority.

I say @#@, my foot, if Pakatan Rakyat wins two-third, DAP will surely have 50 seats.

If DAP would not vote for it, there would be no amendments.

And then, more Chinese are asking, what if DAP become cowards and support the implementation of hudud laws?

If you don't like it, then switch back to Barisan Nasional!

Is it that there can't be no more elections after the change of government in the next GE?

Aren't elections about giving us the opportunity to change the government if we don't agree with its policies?

Some Chinese are just stupid, I'm saying it openly here.

If in the next election, we support a government that have been corrupt for so long, just because we are afraid of hudud laws that are not even there, then the Chinese are a real disgrace.

The fate of the Chinese community will be destroyed by their own hands!

Wake up, and don't be fooled by MCA!

Only when we vote for Rocket, Keadilan and Moon and unite to change this pathetic government can we fix the conditions of the Chinese community in the country.

In the next election, we sing together the song "Moon is the shape of my heart" (a famous Chinese song)! 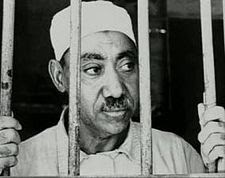 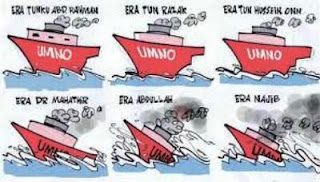 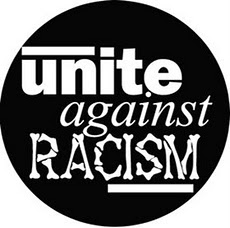 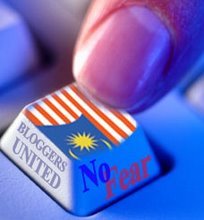 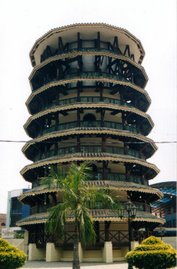